The 1990s, which boom period for J – RPG lovers. Alongside Final Fantasy, Dragon Quest and other Phantasy Star, stood so the series in the Far East of Eden (Tengai Makyo to Japan) whose strong success contributed greatly to the development of the Super CD format, using the PC as a gaming console Engine on Japanese territory. After the episode Zero released in 1995 for the Super Famicom, Red entertainment came out early in 1997 opus which is since often considered to be one of, if not the best, license, as well as one of the brightest J – RPG age 32/64-bit , Far East of Eden: The Apocalypse IV (its full name Tengai Makyo: Daiyon No. Mokushiroku).

While the Far East of Eden we had used to travel in a fictional feudal Japan called “Jipang” variants, it’s all another turning point that takes this episode which decides to frame the end of nineteenth-century America. History began in Louisiana in 1893. You start your adventure in the middle of a game of hide-and-seek in the guise of a young boy named Raijin, leader of a band of orphans including Yumemi, the friend of childhood of Raijin secretly infatuated with this last, and its twin brother Sam. After the game, their insatiable curiosity leads them to plan one of their new games: invest a haunted mansion, which, according to the rumor, would house a ghostly appearance.

After a brief tour in the said Manor, they cause their the awakening of the appearance in question, a demonic entity by the name of Sanetomo. Taken by panic, children run away and fall on Red Bear, famous Indian Demon Hunter, and mentor of Raijin, making them shelter. What a time in security that they realize that Sam is missing. Deciding to return with his young disciple, Red Bear reminds him that the brand of the Fire Clan, he wears on his arm committed it to great responsibilities. But returning the worst has happened: having taken control of Sam, Sanetomo’s managed to take possession of an old book and summon a rain of curses on America.

Your journey will take you to meet other carriers of the brand of the Fire Clan.

Six years have elapsed since these incidents, Raijin and Red Bear went to live in Alaska to perfect their training, Yumemi is itself moved to California to try the Hollywood dream, and Sam is still missing. One day, our hero learns wakes that her mentor in great danger in the face of a monster called Blizzard, and decides to go looking for him, joined along the way by a mysterious warrior by the name of Seiya. After a long effort, both fighters end up coming out of Blizzard, which turns out to be a member of an evil organization known as the “twelve apostles,” but the damage is already done. Mortally hit, Red Bear uses his last moments to learn to Raijin other carriers of the mark exist and that it is by joining forces, they will come to bring peace to America. This is how will begin your journey through the different areas of the game, with in mind the objective to join the other bearers of the brand, to purify the flames of Eden scattered to the four corners of the country, and thwart the mysterious plans of the twelve apostles. The beginnings of an adventure which may seem conventional at first glance, but which reserves a lot of twists and turns, highlights and revelations.

The kind of sequence completely WTF the game is fond.

Because of one of the great strengths of this Far East of Eden, it is his sense of rhythm and composition. Guests travel through the different States of America, from Seattle to New York via Texas or California, the game features a permanent renewal during the big 30 hours that the main quest will take you. If there is a point that made the reputation of the series, it is his sense of humor, and this episode is no exception: between the droll, tasty dialogue situations and absurd game phases that don’t reniereait certain for EarthBound. Each chapter begins seen as a boon by the player, who wonders how fancy the game is going to whip him up.

These include, helter-skelter, a horde of teenagers under the influence of the evil influence of a pop star, a fight at the top between a geisha robot and a giant APE, a village suffering from “acute bleuite” under the curse of a demon trapped in a book of awakening for children, or Aboriginal people transformed into men-chickens by androids who have sworn to rebel against the human race. And this is just a sample… theater of this concentrate of nonsense, the country of Uncle Sam is obviously not saved, so number of references turning derided the American, society can be found her through (capitalism, media prominence, obesity), its symbols) Fort Alamo, Alcatraz, Mount Rushmore) and even its icons (with bonus one of boss fights most unlikely we could see in a video game). The only thing that could be a problem is that the game is available only in Japanese. Fortunately, thanks to its very visual aspect, even the layman can understand situations in their broad outlines.

Although that often turned to humor, the game also knows to be poignant.

A focused no matter what getting married yet, and amazingly, with a more serious and mournful story than in the usual standards of the series, and it is one of the successes of the game who knows how to adjust his tone and who manages to juggle between the I light intermedes to exploit its comic potential, and the more serious moments where his sense of dramaturgy and staging shine more, allowing him to untie its plot and develop its characters without it may seem forced or impromptu. About the characters straight, they are memorable, interesting and engaging, sometimes funny and sometimes touching both. Whether it’s Yoh – Noh fearless and proud Warrior Indian facing his inner demons, of devoted friend Yumemi that behind his benevolent and optimistic side hides a side darker, ACE the slightly schizophrenic cowbow, a megalomaniac strand and blowhard, Zengo or the self-proclaimed Samurai totally devoid of courage and reason, it is a new success of the title, and it is worth noting that the secondary roles are not to rest on their side. The opportunity also to commend the work of the dubbing actors, completely in their role and coming up to breathe life to the protagonists they embody.

In the mood for good retro games? Check this out.

In the form, the game is a J – RPG turn in the most traditional sense. A little in the manner of the first Dragon Quest or a Mother, the characters are not displayed on the screen, only the enemies you will face. The game system is itself could not be more classic: physical attacks, each character’s unique special attacks which consume points PT, and magic can be used by all who use a PM gauge common to the members of the team, and that be obtained by visiting the heads of the Indian villages. After a certain stage of the game, you will also have access to duo attacks which are unlocked by the progression of the plot and that in addition to offering some superb sequences animated, are often devastating. A welcome addition that manages not to blur the sensation of being in front of a somewhat rudimentary, but certainly effective system as the game is not difficult, and quite mechanical in its progression, which is also explained approach strongly story-driven. Fortunately, the game does not impose an intensive grinding, and easier even for the player in making visible enemies on the map and in dungeons, allowing him to dodge some clashes, which are linked very quickly.

Visually, the game adopts a pretty 2D for the scenery and the models of the characters, with the added bonus of subtle effects of light, water and transparency, evidence that Saturn has emerged still better with this kind of productions with those using the 3D. But like its predecessors, Far East of Eden: The Apocalypse IV is characterized above all by its animation sequences, all dialogues of plot importance being doubled and animated, giving even more life and movement to trade. Goes same for cinematics, particularly clean and fluid for the Saturn, and who always serve superbly moments they are supposed to accompany. On the side of the sound part, besides the quality of the dubbing, to commend the work done by Toshiyuki Sasagawa, with music which remain at the top and which always very well agree to the context. If the theme of standard combat is quite passable, noted among other things the frantic theme of the main boss of the Alamo and its heady refrain, the anthem of the Sun Crusaders and his military cadence, or even the hypnotic music Indian villages. And this is not to mention the great symphonic themes and other musical numbers Sung that come to punctuate the adventure. 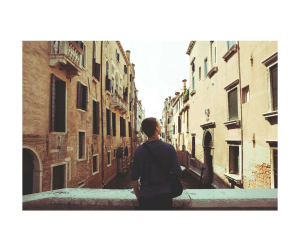